This week, Wharton Sports Analytics and Business Initiative (WSABI) had the opportunity to connect with Joanna Levy, Director of Strategy and Analytics at Philadelphia Flyers and WG’18. Joanna shared her story of building a career in the sports industry, advice to current students and lessons learned throughout her career. 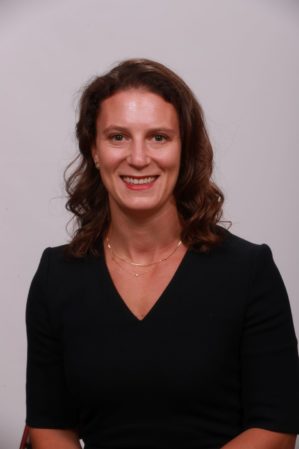 Please describe your path into sports industry and reasons behind your choice.

I’ve always wanted to work in sports – starting with an internship with the Flyers when I was in undergrad. It first became a real dream of mine a year after college. I graduated in 2007 and worked for a year at Bear Stearns, the first bank to go under at the start of the financial crisis. Unemployed within a year of graduating, I took the opportunity to think about what I really enjoyed and how I could make it a career, and the answer was sports. At that time, however, I realized that the easiest path into sports without any experience was through ticket sales, and I knew that I was not a natural salesperson and would become demotivated in that role. I decided to gain some expertise and figured I could enter the industry at a higher level later.

Fast forward to 2018, and it was my second semester of my second year at Wharton. The Flyers posted an internship in Business Analytics and I applied and was lucky enough to get the chance to interview for it (my boss later told me I was the third person he called, and he hired all three he talked to. Had I been fourth on the list, I would have missed out). Even though it was limited hours, I was able to demonstrate skills and, more importantly, a motivation to learn while I was at the internship. A full-time position opened up during my internship, and I was in the right place to get the job.

If you were to give an advice to current students aiming to enter the sports business, what would it be?

Be open to internships during school! Without a doubt, it’s how I got this role. It wasn’t so much fun going to work every Friday, but it definitely paid off. If you can convince a team to open up an internship for you, even better. Though I got lucky that it led to a full time role, even if it hadn’t, my boss spread my name around his network and I got the chance to interview for openings at other teams, ones that would have been hard to get a foot in the door otherwise. Even if this means a summer internship after you graduate, it’s worth it.

My advice from the other side is that you should keep applying to any job you see (use Teamwork). The fact that so many people apply to open positions can actually work in your favor – it’s so hard to sort through all the resumes that seeing a school like Wharton means it’s worth giving students at least a chance to apply.

Skills / personal traits that you found most useful within the sports industry.

I’ve found my current role to be remarkably similar to my past jobs in ecommerce in terms of skills required. SQL, Tableau, Excel, etc. CRM (e.g. Salesforce) is a big part of the business at a team, so some experience with that would help.

Please talk about some of the challenges facing current students planning their career in sports business.

Getting a foot in the door is obviously one of the hardest parts. Sports teams tend to overvalue sports experience, so to whatever degree you can demonstrate that you have relevant sports experience, it will help you. Also, it can be frustrating to be limited to what titles/pay are available. I went back in title and pay from my pre-MBA job, but it’s what was available. Within a year I was promoted and so it paid off.

This is also advice I wouldn’t have been willing to follow, but: if you really want to be in sports, be picky about the type of work but not the team/league/location. I’ve been amazed at how many other opportunities have become available to me because of my current role. I’ve grown my network much more easily since being in the industry (league meetings, Sloan conference, day-to-day connections with other teams). With that, and simply with my profile, I now am thought of for other jobs that I wouldn’t have been before. I don’t think it would be helpful to take a role in a different function than you’re interested in, since it seems more challenging to move across functions, but you will have opportunities to move to a team/league/geography that you’re more interested in.

What role did Wharton and Wharton network play in your career?

My first internship was posted on the Wharton job board, so it definitely helped! Finally, the classes and ongoing relationships with professors helped! I recommend Influence with Prof. Massey, Sports Business, and Professor Fader’s class.

Do you see more synergies between traditional sports and esports coming into light as audience looks for from-home experiences or other trends emerging in viewership experiences?

I’m pretty bearish on esports – or at least, deeply uninterested personally. I can’t imagine people who weren’t interested in esports suddenly becoming interested simply because it’s “live” when other sports are off the air. That being said, I’m sure there will be some innovations in the viewership experience, particularly if we transition to a world where sports are played without audiences or if fans are still cautious about returning to stadiums full of people. If nothing else, I think we’re all seeing how important sports are to daily life now that we’re without them – as an escape, as a point of communal experience and social bonding, for the economy writ large.