Wharton Sports Analytics and Business Initiative (WSABI) partnered with Learn Fresh to host an educational session in conjunction with the 2022 NBA Math Hoops National Championship Weekend, bringing together 28 students from across the country for a weekend of learning, competition, and fun! The weekend was co-hosted by Learn Fresh, along with the Philadelphia 76ers and the Sixers Youth Foundation.

The NBA Math Hoops program and National Championship are supported by a number of founding partners, including NBA Cares, the NBA, WNBA, NBPA, WNBPA, Hasbro, and Getty Images.

The event took place on Saturday, June 11, 2022, and began with a welcome video from Professor Adi Wyner, followed by a STEM lesson on the “expected value of the 3-point shot” by Alex Tolbert. Participating students included 5th-8th graders from around the country who excelled in the NBA Math Hoops Program. WSABI hosted approximately 84 students, parents, and teachers.

Congratulations to Krish Veluthakkal and Jasmine Rodriguez, representing the Golden State Warriors, for claiming the National Championship title, to Edward McLellan (Seattle Storm) and Jude Hedeen (Portland Trail Blazers) for their runner-up finish, and to all the award winners and participants in this year’s amazing event! 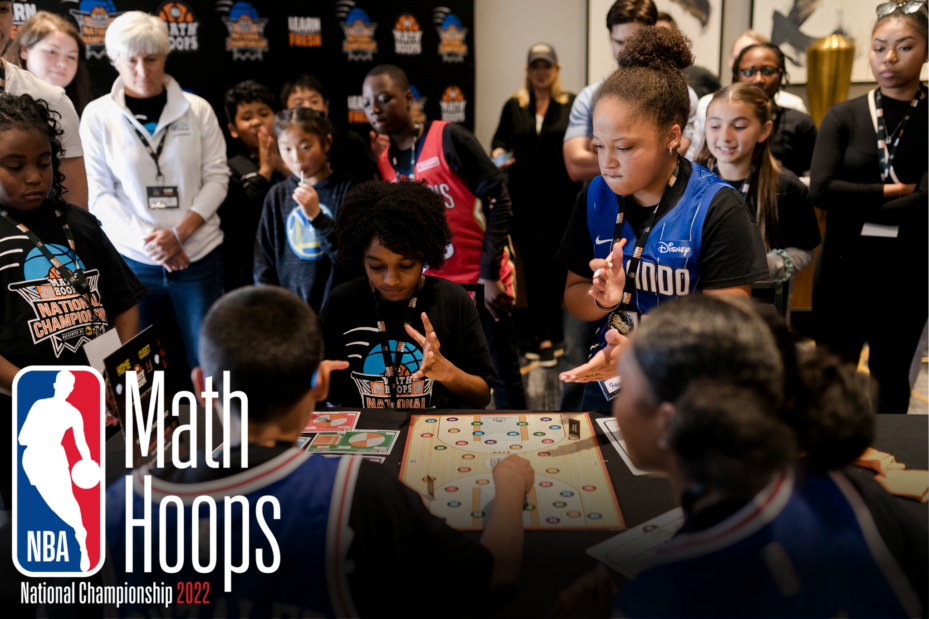